Coyote hunting is one of the most thrilling experiences of any hunter’s career. It does not matter whether you’re hunting to keep your land safe or just to protect your livestock and pets.

On the flip side, though, it can be tough to hunt coyotes because of their sneaky and sly nature. Luckily, equipment such as a decoy can give you an edge.

When used correctly, decoys are very effective. However, it’s often hard to tell when and how to use them.

So, we will provide you with 5 steps to show How to hunt coyote with a coyote decoy that acts drastically.

How to hunt coyote with a coyote decoy:

The first step should be to find the right decoy. Unfortunately, finding the best coyote decoy can be a daunting task.

This is because there are so many options available on the market. Not to mention, they come in different looks, designs, and features.

For instance, some decoys may look life-like as compared to others. So, to achieve the most success possible, you need to choose the right device that acts drastically.

Basically, the best coyote decoy for the money should be:

There is a time to use coyote decoys. You see, a well-timed placement of this device will put you at an advantage.

Typically, the best time of the year to put out a decoy is late fall to mid-winter. Basically, this is usually between November and January. Apparently, early in the season, these devices tend to scare more dogs instead of bringing them in.

Along with the season, you should also consider the time of the day. Most successful hunts usually take place either early in the morning or evening.

This is because coyotes tend to rest in the heat of the day. While you may be lucky to bag a coyote during midday, you might also go home empty-handed.

The next step should be to choose the best location. As such, you need to know the lay of the land well.

A good location should be an area that gives you and the coyotes the ability to see long distances without obstructions and measure the distance by using a laser rangefinder. This way, you will know where these predators pop out.

Such places could be halfway up a ridge, in a draw, or on a flat. Generally, coyotes are known to hang around in open fields. Therefore, you should get familiar with most of the open fields in your area before going hunting.

Step 4: Set Up the Decoy

After choosing the location, the next thing should be to set up your coyote decoy. You need to place the device within shooting range. Typically, hunters will set up the decoy approximately 25-30 yards in front of them.

Additionally, you should place the device in an elevated or open area so that the predators can see it from a distance.

More importantly, make sure you know your surroundings well before placing the decoy in your target spot.

Generally, for most hunters, using two coyote silhouette decoys works best. You just place the devices at a 90-degree angle to each other, with 2 to 3 yards separating them.

When using decoys for coyote hunting, you cannot rely solely on this device. You will still need to make calls. Calls are simply tools designed to mimic animal noises to draw coyotes in from afar.

Typically, there are two common types of calls commonly used by hunters. These include hand calls and electronic calls. However, the best coyote call is the automated or electronic one.

For best results, you should set the call between your two decoys. Also, it is advisable to start your calling regime with lone howls, pup howls, or soft barks. This way, you won’t appear to be aggressive.

Later, you can use a rabbit distress sound, which is the most popular. Just make sure to keep changing the calls since coyotes are quick learners. As such, they can distrust calls that they have heard often.

With that said, now let’s check out some common questions people frequently ask about coyote hunting with decoys.

How to train a coyote decoy dog?

Coyote hunting dog training is quite common and can be done in many ways. First, you will need to take your furry friend along on a few hunting escapades. Just make sure to keep the dog tied close. This way, he will observe everything that is going on.

Secondly, introduce your dog to a dead coyote. More importantly, make sure your dog sees the coyote before shooting it. When the predator is down, you can let your canine loose to find it. And when he does, reward him.

When is the best time to use a coyote decoy?

Decoys are more productive throughout April. Apparently, decoys tend to scare more dogs than they bring in early in the season.

Also, when January rolls, these devices are highly useful. This because young coyotes will usually have matured.

What are the dimensions of the coyote decoy?

Well, dimensions vary from one decoy to another. For instance, the Mojo coyote decoy measures 6 x 10 x 5 inches. As such, it is both lightweight and portable.

On the other hand, a 3d coyote decoy dimensions can be around 36 x 8 x 16 inches. This is because it is life-sized.

Do fake coyote statues work to scare away wild turkeys and geese?

Well, birds are smart, especially the wild turkeys. Therefore, it may not take them long to figure out that the coyote statues are not real. The same goes for a goose.

Generally, if the statue does not move or smell like a real coyote, the turkeys and geese will just ignore it. However, the statues may work for a day or two.

What advice would you give a new coyote hunter?

To start with, you’ve got to find a good location with a high density of coyotes. Additionally, your setup is critical. Besides that, you need to use electronic calls that are not commonly used or those that coyotes have not heard.

More importantly, you should get a flat shooting firearm, probably 22-250. And lastly, don’t ever give up a set too soon.

If you’re looking to add an exciting new challenge to your outdoor adventures, hunting coyotes may provide a thrilling solution. Just make sure to use the right coyote decoy, and your hunting success will be much greater than ever. 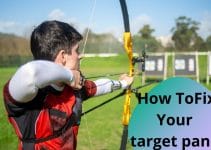